Awesome Friendship of Polish Girl and a Fox

Girl from Poland, Roxanne, decided to get herself a fox instead of a puppy. She has long been preparing for the selection of pet and knew a lot about the habits of foxes, but had no idea how it will develop communication with the furry beast. 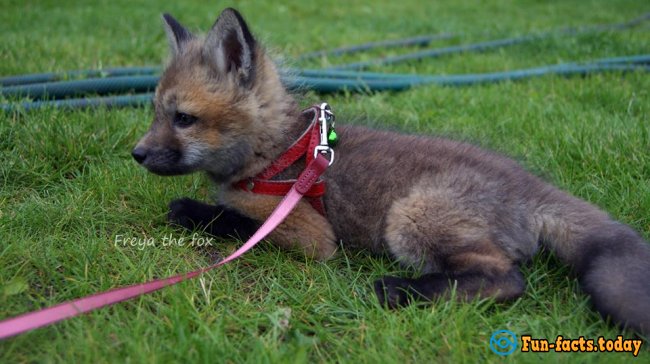 Immediately after the arrival animal did not respond to anything, it was shrieking and biting. The girl had to keep the fox under a sweater on her chest for a long time to keep him quiet. 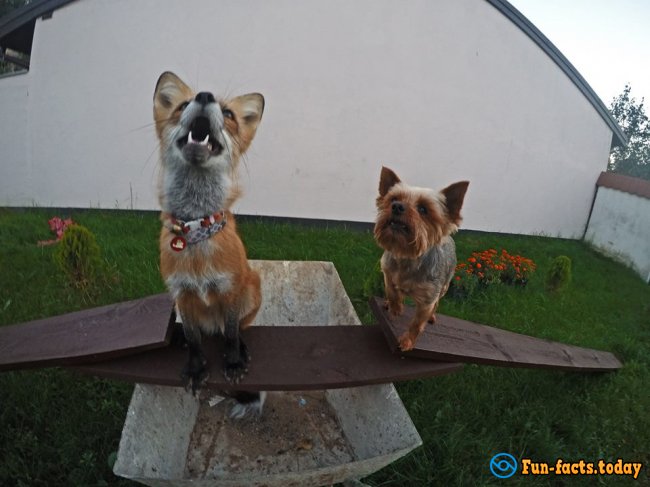 Kid, who was named Freya, had not been completely manual. Only special gloves and long-term training taught Frejus to wait until the hostess put a bowl of food.
Fox cub get used to people for a long time. First Roxana even had to sleep near the fox. 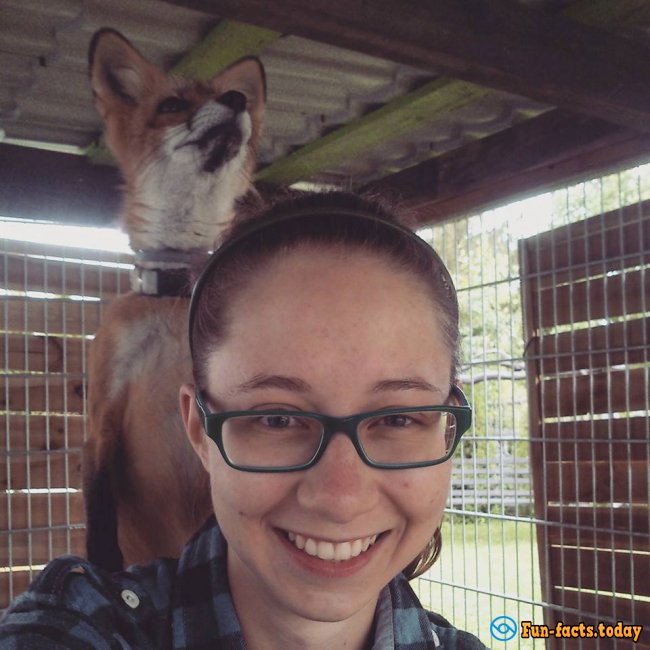 Fox is a hyperactive animal. Frey grew up in the house, but later she moved to the corral plan.
"I have always compared the fox in the house with a tornado - the older the animal, the harder it is to stop," - says Roxanne. 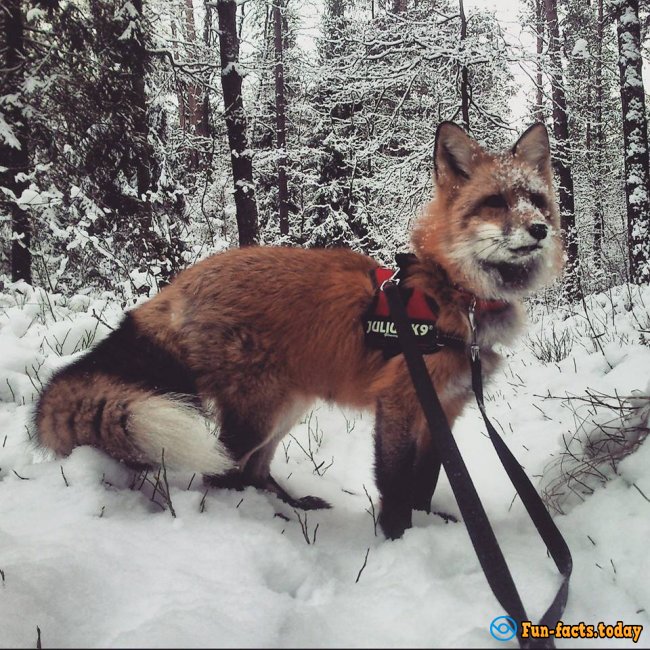 Even in the aviary, Frey manages to destroy the board to protect it from the wind and snow.
It is very important for foxes to walk so that they should pass on the day of a great distance.
The girl lives near the national park and walks there every day. At first, Freya just was afraid, but over time it with 2 dogs began to pass about 20 km every day.
And the fox will never go near your feet, like a dog," - says girl. With a wild fox, nothing can be done by force, even pull on the leash. The animal must know the basic commands to stand up, sit down and agree to wear a leash.
Like most foxes, Frey hates when someone touches her belly and tail. "If you do this, you can be sure that it will lose the trust of a few weeks", - says Roxanne. 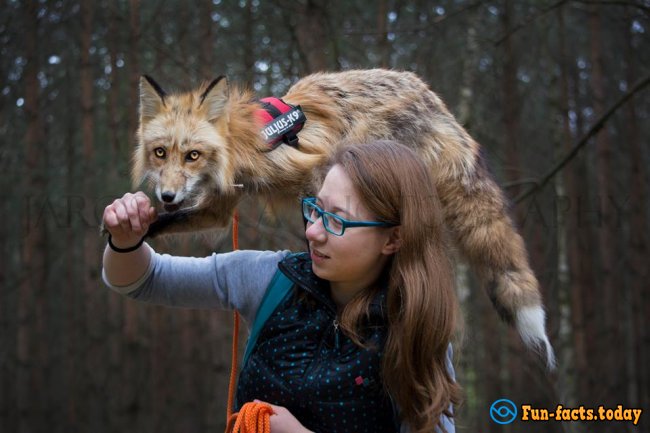 Frey has become very popular not only in the country but also on the Internet. 1.5-year-old fox has its own page on Facebook, which has more than 3.5 thousand subscribers. 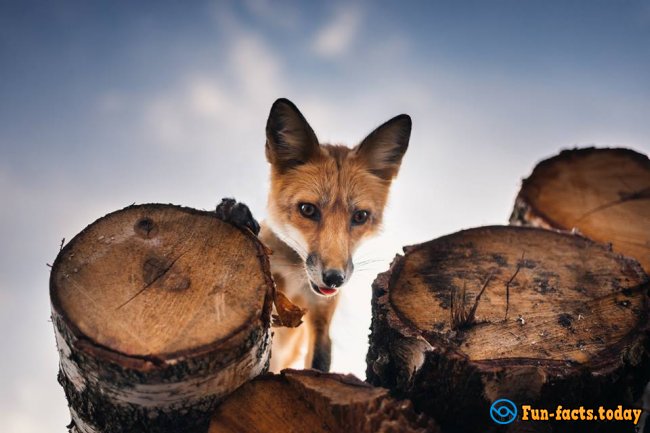 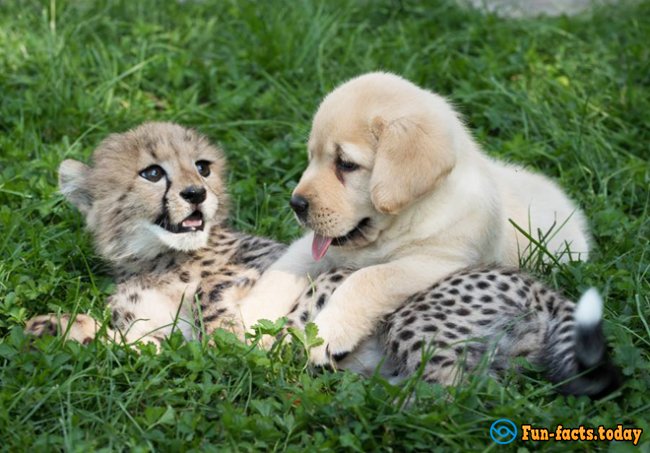 Touching Friendship of Puppy and ... 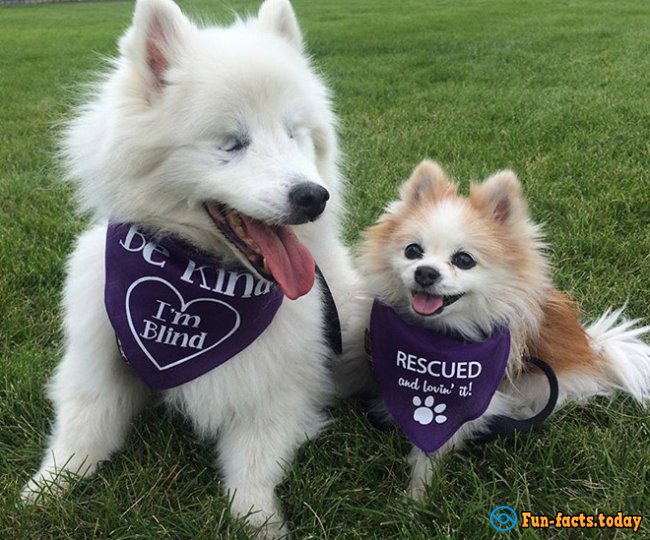