How Unusual To Get Married: Extreme Weddings in Water, On Land and In the Air

Your wedding day should be remembered for a lifetime (ideally). Therefore its approach should be planned responsibly. Our next heroes did it in the best way; moreover, they could surprise people around the world.
In extreme ceremonies there is a sense: if people find the strength to say to each other "yes" hovering above the ground, swimming with sharks or standing on a cliff above the sea, it means they are ready to live together and go after each other into the fire and the water.
And the most common way to swear allegiance to each other is…

The ceremony in the sky

The companies that offer a parachute jump from a great height, (i.e., do skydiving) also can provide you a wedding ceremony in the air. The only problem is to find a priest or marriage registrar's license, which is also able to handle a parachute. But, in Los Angeles or Las Vegas, it is no problem. However, you will have to pay about $ 1,400.

The ceremony in weightlessness.

For such an unusual ceremony it is not necessary to go into space. There are services that offer to experience weightlessness on the board of the aircraft "Boeing 727-200 G-Force 1", which rises into low Earth orbit. And for half a minute you feel like in space. The first pair, who married in zero gravity - Americans Erin Finnegan and Noah Fulmor - admitted that the most difficult part of the ceremony was to kiss in such an unusual situation.

The ceremony under water

It is also popular among honeymooners wedding under water - but only if they both love to swim and dive. This young couple, who exchanged rings in an underwater grotto Saipan in the Mariana Islands archipelago, "crowned" Neptune himself! Of course, a fake.

The ceremony at the edge of the earth

As such a place may come to a nebula uninhabited island or even conditionally uninhabited continent - Antarctica. Janet Hsieh model and actor George Young decided to play the wedding in Antarctica. Along with the Penguins, they invited about 50 guests that the couple took with them on a journey.

The ceremony at the top of the world

Climbers Brian and Mandy Febel traveled to the top of the mountain in Wyoming Pingora to exchange rings there. On this trip, they were accompanied by a priest, the operator and the bridesmaid.

The ceremony on a roller coaster

Fans of amusement parks register the marriage right on the rides. James and Courtney Moosic captured with a priest, who pronounced them husband and wife in the 100-meter roller coaster in North Carolina.

The ceremony over the precipice

The Chinese couple Hoychzhu Jiang and Zhou Wenlong exchanged vows and rings on a tiny platform of the suspension bridge with a glass bottom to a height of 180 meters above the ground in a park Shiniuzhai National Geological Hunan Province. This is a real extreme!

Wedding on the marathon

Bride Stephanie Reinhart wants "fast" wedding, while the groom Marc Dzhokel like a crowded ceremony. This is wish fulfilled during a marathon in Chicago: the couple in their fancy pants and T-shirts made a stop at one of their marathon markers, said "yes" in the face of the priest, took congratulations and ran on. "Guests" of the ceremony were the audience of 40 thousand people. 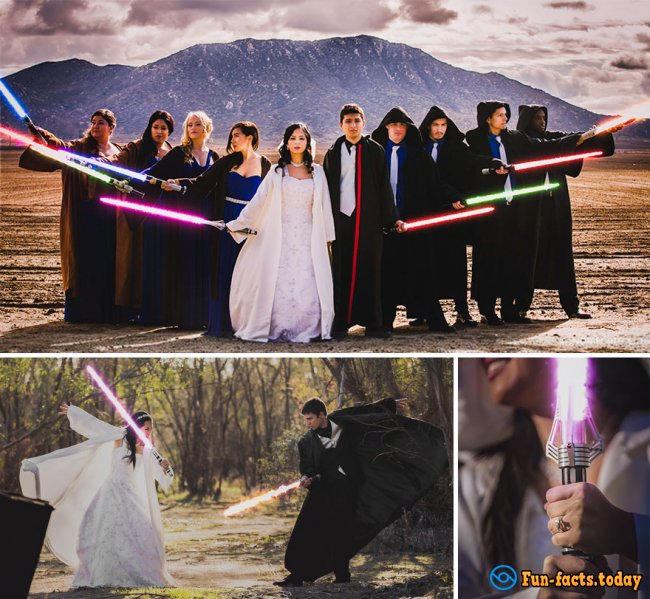 10 Most Unusual Weddings Of Comics And ... 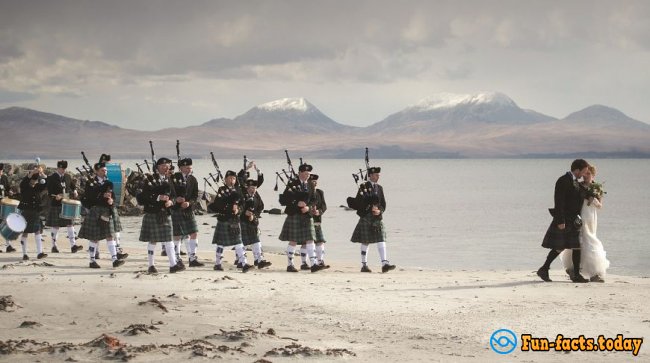