To feel like a queen (or king) it is not necessary to wait for a successful reincarnation, be born in a family of monarchs or to marry a prince. It is enough to visit the Four Seasons Hotel George V the Paris hotel-legend in which Charlie Chaplin, Richard Nixon, Jean Gabin, Marlene Dietrich and other famous personages stayed. We've put together for you ten interesting facts about this amazing place. 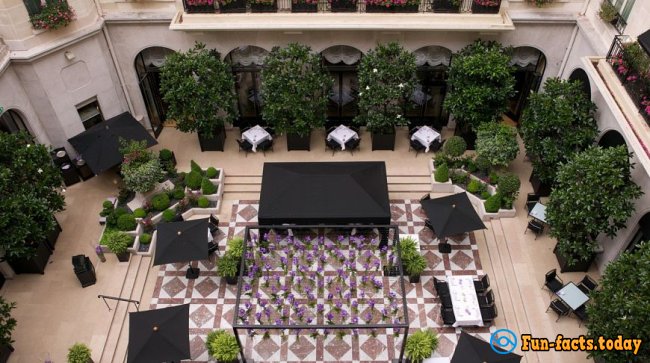 Grand opening of Hotel George V took place in the distant 1928. It was built by the American Joel Hillman and has been designed mainly for tourists from the United States, who have decided to discover Paris. A fabulous sum for those times, more than 30 million, has been spent on the construction. 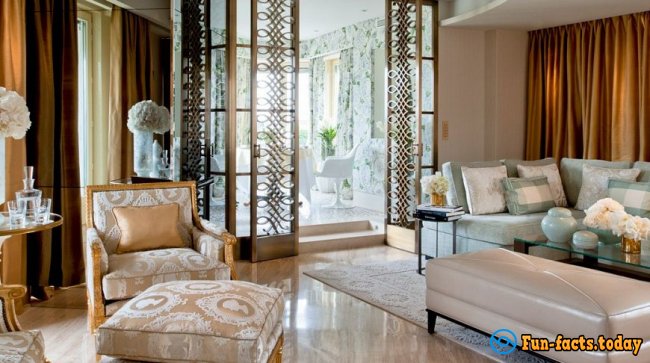 Today, "George V» has a proud name Four Seasons Hotel George V, and is owned by Sheikh al-Walid of Saudi Arabia (whose full name is Prince Al-Waleed bin Talal bin Abdul Aziz Al-Saud). Several years ago, the hotel passed reconstruction, and now it is a modern Versailles, with luxury rooms, chic lounges and a restaurant. 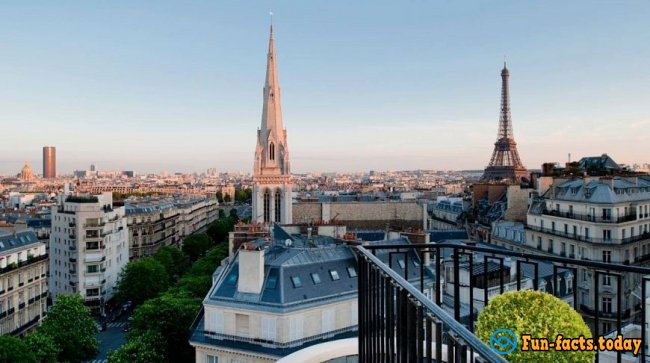 «George V» is located in one of the most exclusive areas of the capital the so-called Golden Triangle, delineated avenue George V, rue François 1er and avenue Montaigne. These neighborhoods are home to the most expensive shops and respected fashion houses: Louis Vuitton, Hermès, Jean-Paul Gaultier, Givenchy, Chanel, etc. And the main Parisian attractions are at hand. Conveniently! The hotel with its beautiful interiors is a real treasure. It has a fine collection of antiques with a long history. According to the auction house Sotheby's, the "George V» among the hotels in the number of submitted works of art is unparalleled in Paris.
Over the years, "George V» got its own customs. One of them is a traditional English tea party. Yes, you did not appear! Every day in the decorated in the style of the XIX century La Galerie you can fed with the famous five-o'clock tea with delicious cakes, cookies, and other sweets. The selection of pastries and teas is rich. However, like everything in this hotel. 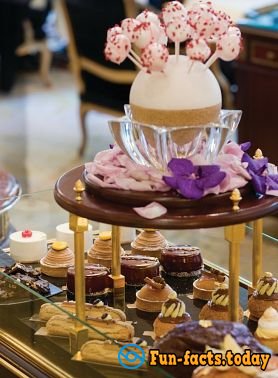 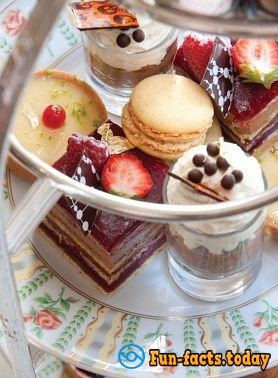 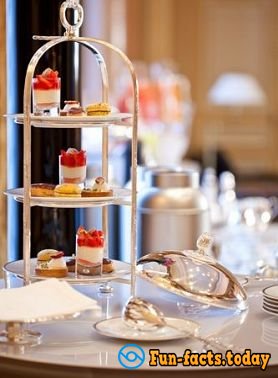 If a cup of tea with a cake was not enough to stave off hunger in Four Seasons Hotel George V, "Michelin" restaurant Le Cinq works there. 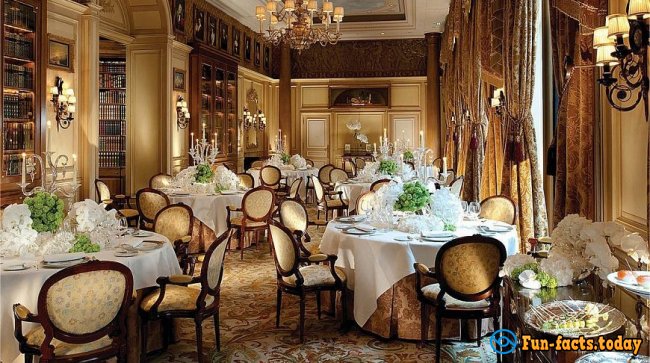 The kitchen is run by one of the most respected chefs in France, so all dishes are cooked on a solid top five! Interior is incredible, everything is decorated in the same royal style. This is the place where the characters of movies make love declarations and make a marriage proposal. 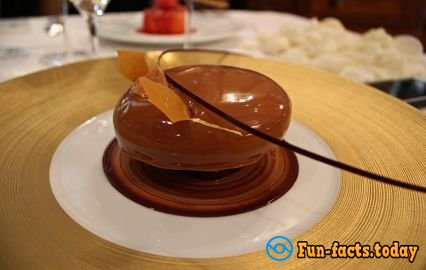 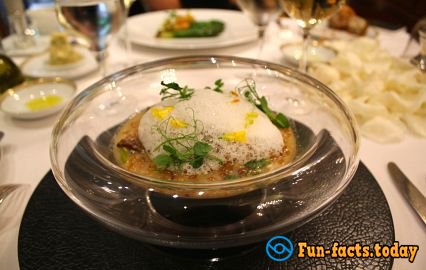 The hotel has its own wine cellar, which is located in the ancient 14-meter cellars. During the Second World War, soldiers hid from the Nazi a collection of the best French wines. Today on the shelves there are around 50,000 bottles of exclusive wine stored. 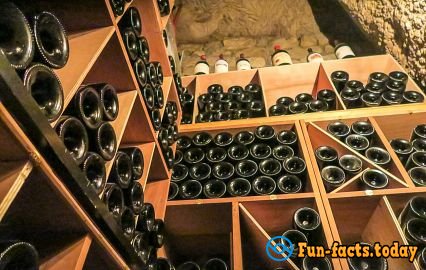 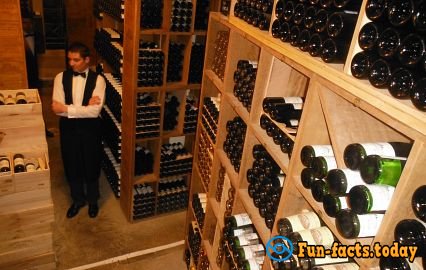 Perhaps the first thing that will catch your attention at the entrance to the hotel is an abundance of flowers. Flowerpots are placed here literally everywhere: in the rooms and in the halls and in the restaurant. Flowers are changed daily. 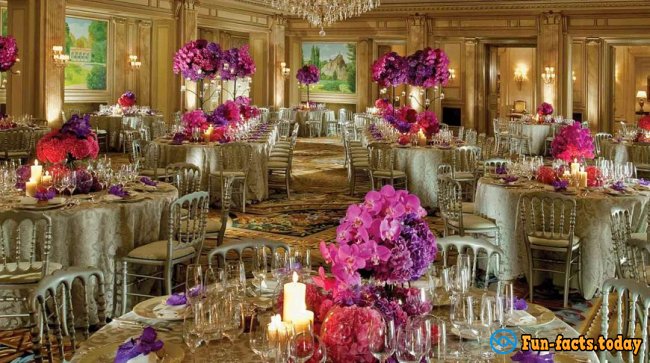 There is a large and gorgeous indoor pool. And if the room in the hotel resembles the boudoir of Marie-Antoinette, the interior around the swimming pool is stylized as a garden and the Versailles Petit Trianon. 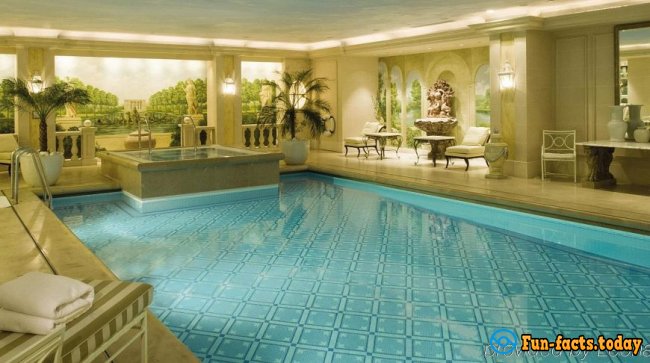 The total area of the 8-storey hotel is 38 000 square meters. From the terraces of the hotel, Eiffel Tower is shimmering so bright as if it is on a palm. 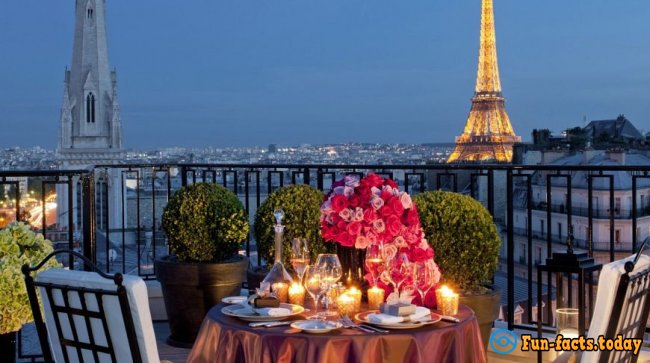 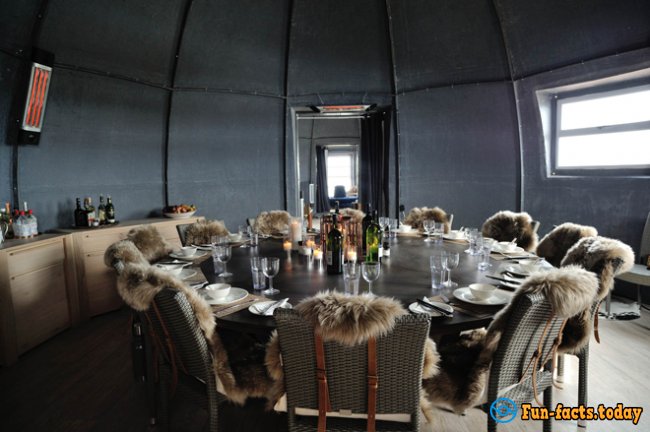 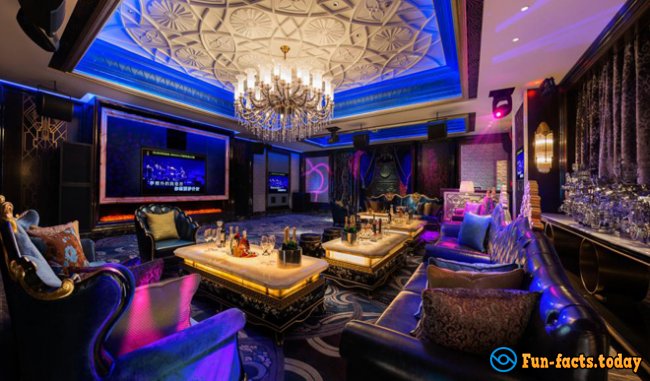