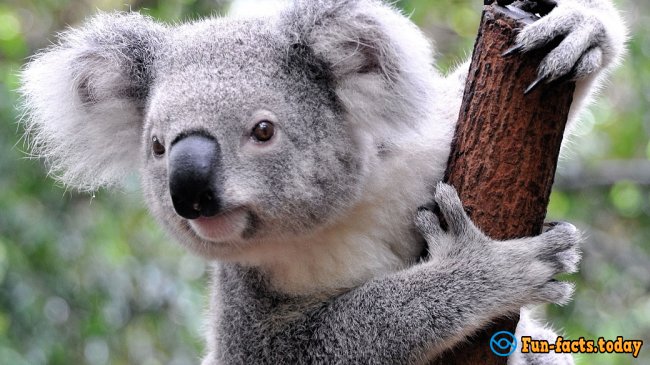 Despite the fact that koalas are also called koala bears, they are NOT bears (even though a lot of people believe that they are) and are closer related to wombats and kangaroos. Come on, just take a look at them – do they look as big, scary and deadly as a grizzly?! Anyway, they are cute, fluffy and adorable, and that is why I’ve compiled the following list of fun facts about koalas. So, sit back, relax and take a trip into the world of these lazy, harmless and gutsy creatures. You’ll learn tons of interesting details, including the size of an average koala, the amount of sleep they get during the day and the meaning behind their name. Enjoy!

– Koalas are pretty tiny and usually weigh around 30 pounds or even less. And, they generally are 25 to 35 inches long. As for the baby koalas (I mean the newborn koalas), they are less than one inch long! So, again, they’ve got nothing in common with bears – the super-scary predators that can break your bones with one single slap. 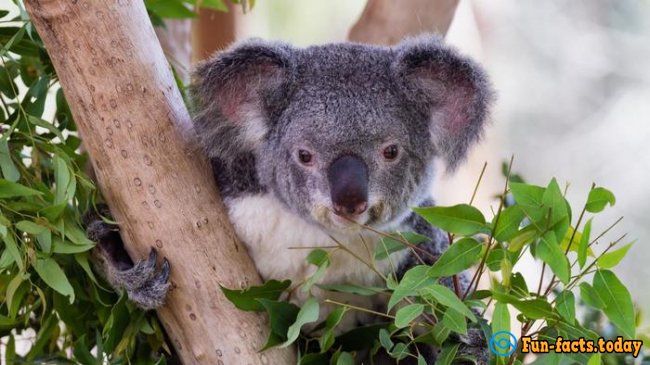 – Oh, and a baby koala is not really anxious to “go see the world” and spends some quality time inside his/her mom’s pouch for at least 6 months. Hey, why go out hustling when your loving mama will take care of everything, right?

– To answer your question: Yes, koalas can and do carry their “kids” in their pouch, just like the kangaroo. And that’s not the only thing these two creatures have in common. 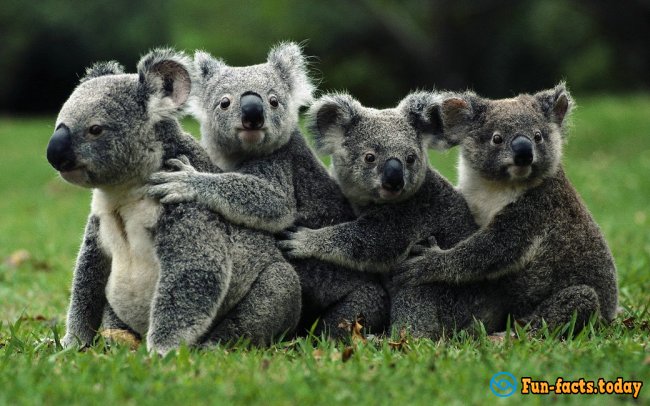 – A newborn koala (a cub) has no fur on its body. Plus, its eyes and ears are closed at first, which makes it super-vulnerable. Koalas reach maturity when they turn 4 years old.

Fun Facts About Koalas – They Rarely Drink Water, Sleep For 20 Hours And Live In Australia

– Fun fact about koalas: These creatures mostly feast on leaves of eucalyptus and rarely drink any water. That’s actually where their name comes from – it literally means “a creature that doesn’t drink”. I bet you never knew that!

– It’s official: Koalas are super-lazy and spend around 20 (!) hours a day on sleeping. And, their “social game” is pretty lame and they usually like to keep to themselves. I have to say that koalas have a lot in common with giant pandas – both are lazy, sleep a lot and won’t ever harm a soul – so, in that regard, these guys ARE a bit like bears. 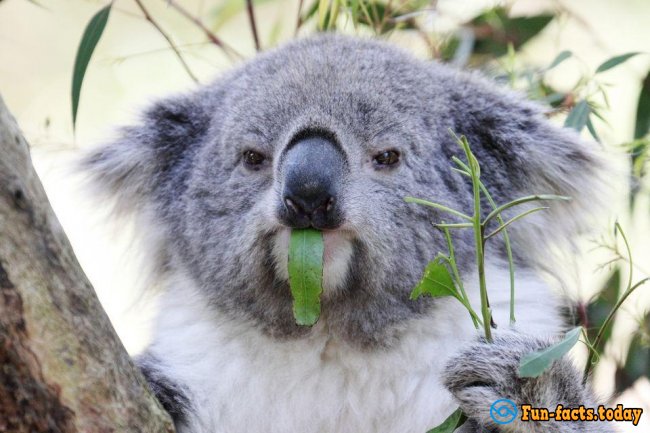 – Another fun fact about koalas: The males have a scent gland on their chest. So, what do they do with it? They rub it on the trees to mark their land, of course!

– As strange as it might sound, only one baby is born within a year to one female. Still, these creatures manage to survive and keep the species alive.

– They’ve got their “trademark sound” that consists of a snore-like sound and a…belch – that’s how they communicate with each other. 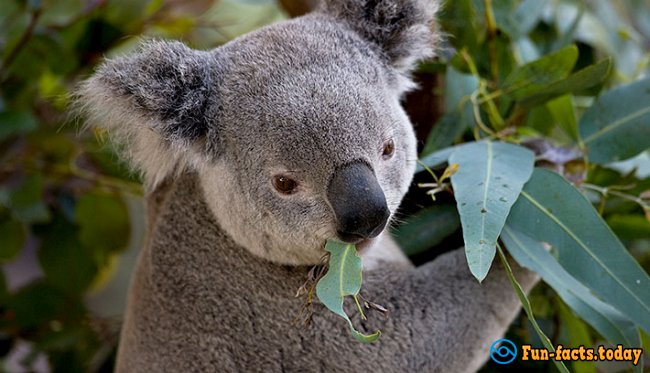 – Koalas really love to eat up and can easily consume one kg of leaves per day. These creatures mostly live in Australia – they like the climate, I suppose.

– More fun facts about koalas: They love living on gum trees just as much as they love eating them.

– Do you know what their tails are for? Well, definitely not for “steering” and coordination! They simply use them as “pillows” and sit on them for hours :).

Alright, that’s it for koalas, my dear friends I hope you enjoyed my list of fun facts. See ya!

Crazy Facts About Bitcoins
Home
The financial world is evolving rapidly, and with modern-day technology opening new doors for
0

Top 11 The Most Expensive Fur In The World
Home
From ancient times fur was in great demand among the different layers of people.
0
This website uses cookies to improve user experience. By continuing to use the site, you consent to the use of cookies.