Dolphins are friendly, smart, good-looking and are super-popular in modern-day culture. Everybody loves them, even the grumpiest people do :). Kids dream about swimming with them, while the grown-ups appreciate these creatures just because they’ve got grace and style. I personally love dolphins and used to be a huge fan of them back when I was a little kid. So, that’s why I’m super excited to be here today and share with you a bunch of interesting facts about dolphins – the smartest creatures in the sea, as some scientists and researchers put it.

– Dolphins are great jumpers and constantly “hop” out of the water – up to 20 feet high! They’ve got amazing muscles and really love to show off when there’s a crowd around. Still, nature gave them this ability to “catch their breath”, not to amaze the public. 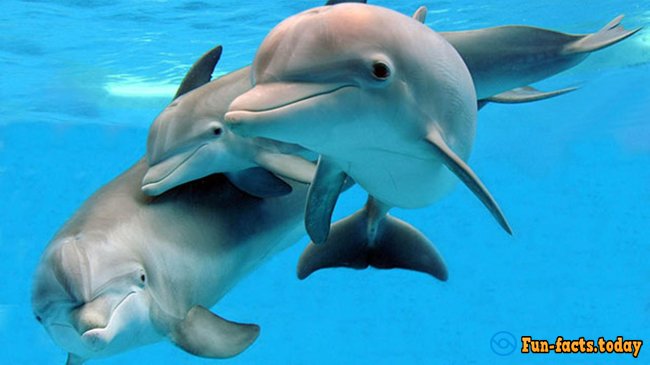 – Interesting fact about dolphins: For some unknown reason, a lot of folks think that these marine mammals (that’s the official classification) are an endangered species, but, thankfully, that’s not true. They’re doing pretty great and my guess is they’ll even outlive us!

– Another false assumption: Most of us think that dolphins are not predators, but they ARE. Don’t believe me? Well, they’ve got 100 sharp teeth! Why else do you think they would need them? Besides, they’ve got a bigger brain than monkeys do, so that means they’re quite smart, and smart equals deadly.

Interesting Facts About Dolphins – They Live For 5 Decades, Can Sleep With One Eye Open 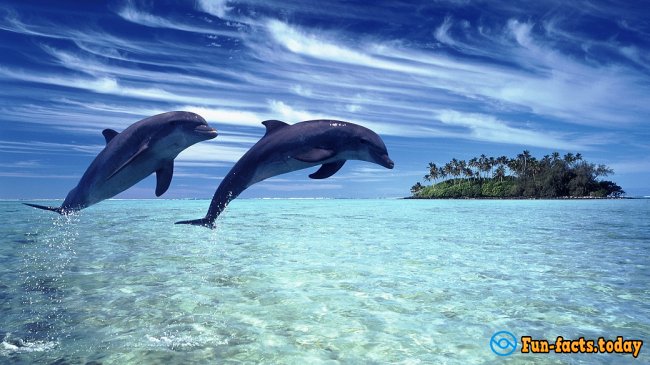 – More interesting facts about dolphins: They can eat (or, rather, swallow) up to 30 pounds of fish in a single day. Still think they’re cute and adorable? Well, they are, but you better be careful around them :). They like to feast on smaller fish and squids.

– On average, a dolphin lives up to 50 years (that’s 5 full decades). And, it can see clearly both above and below the water. Fun fact about dolphins: They can’t smell anything (they simply don’t have the sense) but they’ve got amazing hearing and it’s their strongest weapon against the prey. 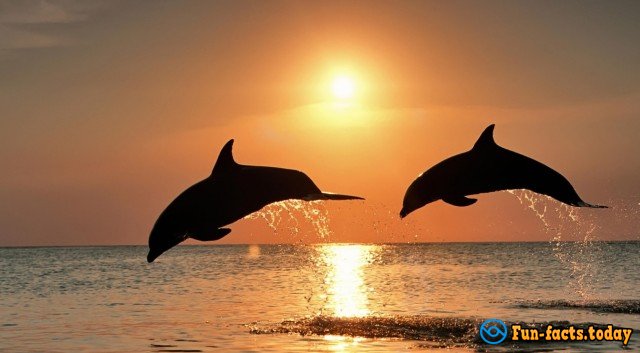 – This is a bit freaky, but the scientists claim that these creatures can (and do from time to time) “go to sleep” with only one side of the brain, while the other one’s staying awake and active. Oh, and yeah – they CAN sleep with one eye open!

– These guys can easily hold their breath for half an hour. And, they can swim as fast as 40-50 miles per hour, which puts them on the same level as camels and lions. Definitely an interesting fact about dolphins!

– Did you know that the oceanic dolphins are also called “true dolphins” by some big-time fans? And some dolphins don’t have a dorsal fin. Funny, right? 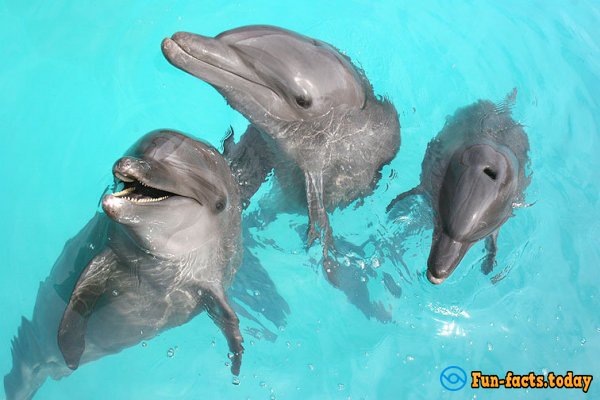 – Everybody knows that these creatures are great at communication, but did you know that every single dolphin has a unique whistle? They use it for identifying each other.

– There are forty extant dolphin species and they can be as short and light as 1.6 meters and 50kg (Maui’s dolphin) and as long and heavy as 9.5 meters and ten metric tons (the killer whale).

– Generally, the females are smaller than the males. They both have a thick layer of blubber, fat under their skins that keeps them warm during the cold winter days.

Barbecue Of Hippo And Other Exotic Meat
Home
What is tastier – Cheburashka or Chupacabra? How to prepare a unicorn? These and
0

Brazil In Interesting Photo Facts
Home
Brazilians are obsessed with football, not only during the World Cup but always! It
0
This website uses cookies to improve user experience. By continuing to use the site, you consent to the use of cookies.