Turtles are pretty popular as pets and I’m sure you’ve seen the Teenage Mutant Ninja Turtles movie with Megan Fox, but that’s just scratching the surface. Even if you have a turtle at home or know every single one of the ninjas by name, it doesn’t mean that you know the first thing about them. For example, did you know that they are classified as reptiles? Or that their shield is developed right from their ribs and serves as protection from the scary predators? It’s all true, and if you take a moment and check out my list of interesting facts about turtles, you’ll see that there’s a lot more to them than a stupid movie where they eat pizza, act a fool and beat Shredder to death :).

– This is crazy: According to the scientists and the researchers, these creatures have been around for over 220 million years! Aha, that’s how long they’ve been living on planet Earth. They are one of the oldest reptiles – more ancient than crocodilians and snakes. Compared to them, we’re just temporary guests! 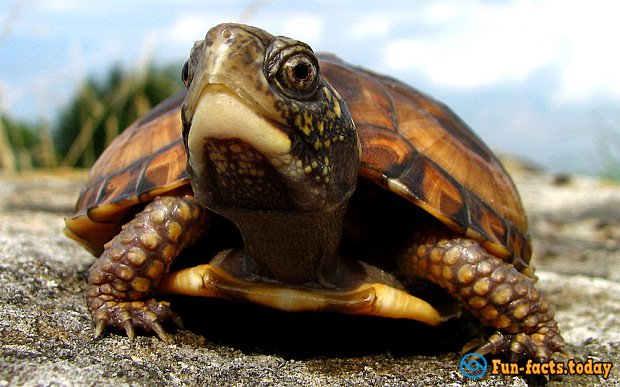 – Interesting fact about turtles: Today, in 2016, there are 327 (!) known turtle species living in the world; unfortunately, a lot of them are highly endangered, so, if you have a turtle pet at home, please, make sure to take care of it, will you?

– Do you know that Antarctica is the only continent on Earth that these creatures don’t live on? That’s true – I guess it all has to do with the fact that they’re reptiles, huh?

Interesting Facts About Turtles – Males Grunt, Females Hiss, And Some Are Pretty Fast 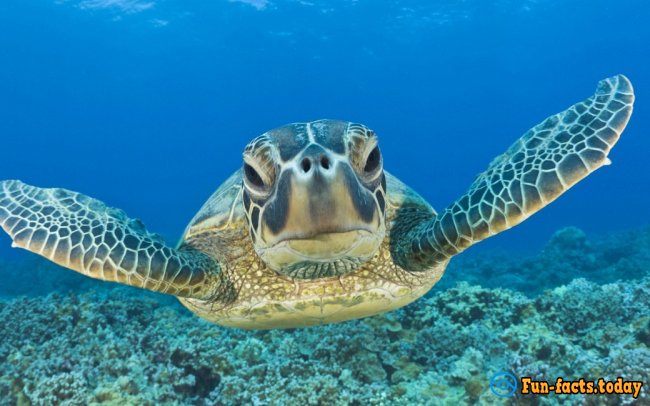 – This is cool: There’s a great way of determining whether the turtle in front of you is male or female without getting up-close and personal. Just pay attention to the sound it makes – a females hisses, while a male turtle grunts. Hey, that sounds a lot like us, humans, right?

– Interesting fact about turtles: During hibernation, the blood of the turtles start to act like some sort of natural antifreeze, which allows them to get through cold temperatures and make it to Spring. Otherwise, they would’ve been all dead by now.

– By the way, not all turtles/tortoises hibernate, so, don’t start freaking out when your pet turtle stays awake during those harsh winter days. One more thing: the internal temperature of turtles varies depending on the environment, which makes them cold-blooded. Still, they are classified as amniotes, just like mammals and birds. 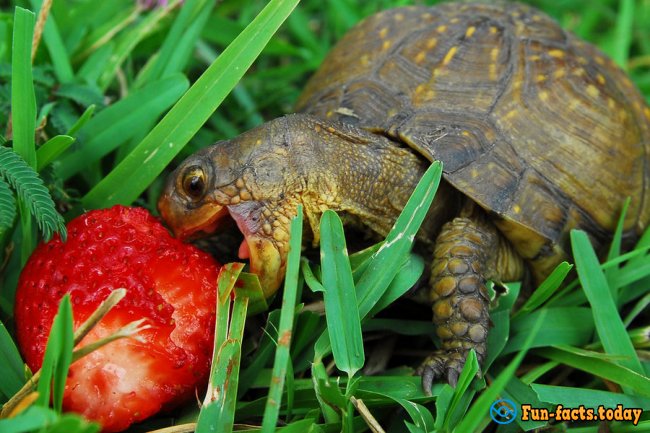 – Some “lady turtles” keep producing eggs for 4 full years after their last…intercourse! Oh, and despite popular belief, turtles never lay their eggs in water – they do that on land.

– Another false common myth is that turtles are slow. Well, most of them are, but some species are fast enough to outrun humans! That’s definitely and interesting fact about turtles! FYI, we can run up to 15 miles per hour.

– Now, even though turtles fell great in water and can’t live without it, if you hold them under the water for too long, they’ll simply suffocate. Same goes for crocodiles, alligators and even whales and dolphins! – The 2014 movie, “Teenage Mutant Ninja Turtles”, was a pretty wacky attempt to bring back the Turtles back to glory. At the same time, the movie did bring the producers almost 0.5 billion dollars. The sequel was only good for 155 million bucks, though.

Visiting Star: 5 Luxury Celebrity Houses and Apartments in Paris
Home
Want to know which apartments are choosing for themselves world stars? We found out
0
This website uses cookies to improve user experience. By continuing to use the site, you consent to the use of cookies.