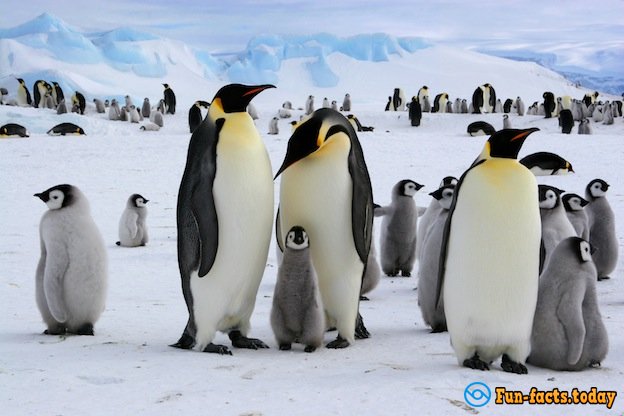 Penguins are by far the cutest and clumsiest flightless birds that inhabit the harsh lands of Antarctica. It’s a lot of fun to watch them walk, slide down the “springboards” and take care of their babies. And it’s pretty amazing how these creatures manage to survive the freezing climate – hunt, eat, keep themselves warm and raise their little ones. If you’re a fan of unusual, unique creatures of God or just love the Penguin from the Batman comics (the TV show on Fox is great too, by the way, make sure to check it out), my list of fun facts about Penguins will entertain and educate you all at the same time.

– First awesome fact: Penguins eat snow – it’s a source of fresh, clean water for them. Their mouths and throats are “freeze-proof” and they can consume show on a daily basis without catching the cold. These creatures lay eggs, and when it’s REALLY cold outside the fellas (the males, I mean) balance the eggs on their feet and/or cover them with belly flap to keep them warm. 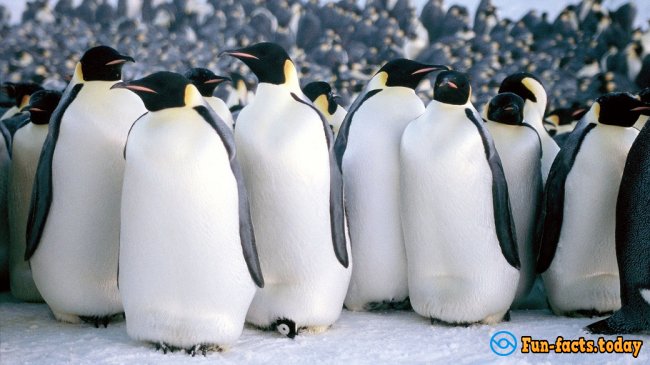 – Fun fact about penguins: Did you know that this creature is the unofficial symbol of the Libertarian Party in America? Yes it is! I bet Oswald Cobblepot would really appreciate that. Oh, and the Linux fella, “Tax”, is also a penguin.

– Penguins can’t fly, even though they are classified as birds. They are pretty great swimmers, though, and that’s where they hunt and kill their pray – in the water. They say penguins spend half of their time in the oceans and half on land.

– Fun facts about penguins: A group of these creatures is called a colony or a rookery. And, they prefer to move in large groups so that everybody can stay warm. Despite the fact that penguins move really slowly, they can swim 15MPH and jump 6ft out of water. 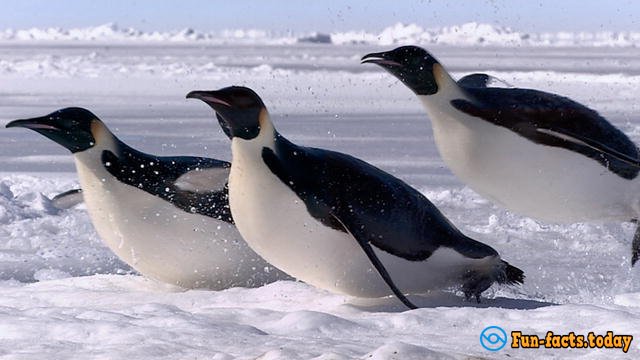 Fun Facts About Penguins – Have Been Around For 40M Years, Live For 20 Years

– If you believe the scientists/researchers, penguins are a pretty ancient species and have been around for 40 million years! The very first penguin fossil was discovered in rocks that are believed to be around 25 million years old. Man, they’ve been surviving in Antarctica for that long? I say they deserve a medal! 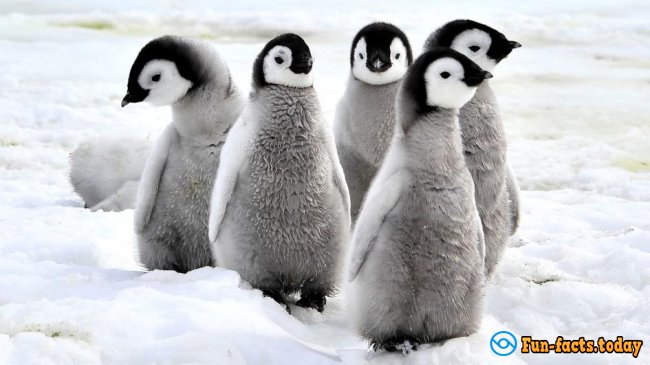 – These birds became really popular among regular folks after the animated movie Madagascar hit the big screens all over the world.

– The white bellies of the penguins blend with snow which makes it difficult for a predator to see them from under the water. So, nature didn’t go with white just for the heck of it – if it was, say, black or brown, penguins would’ve been extinct a long time ago. 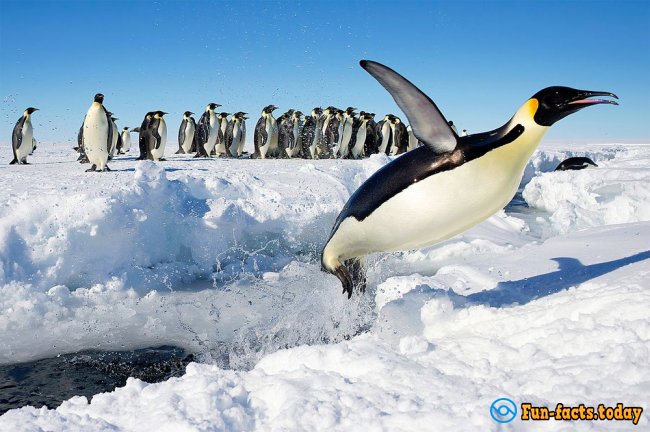 – More fun fact about penguins: They use their wings for swimming, hang around for 15-20 years, live in the Southern Hemisphere and try to keep it positive, even though life is pretty hard for them :).

– I have to say, though, that several species live in the temperature zone, not to mention the Galápagos penguin that enjoys the equator. So, yeah – it’s not all bad with penguins, sometimes they do get a break.