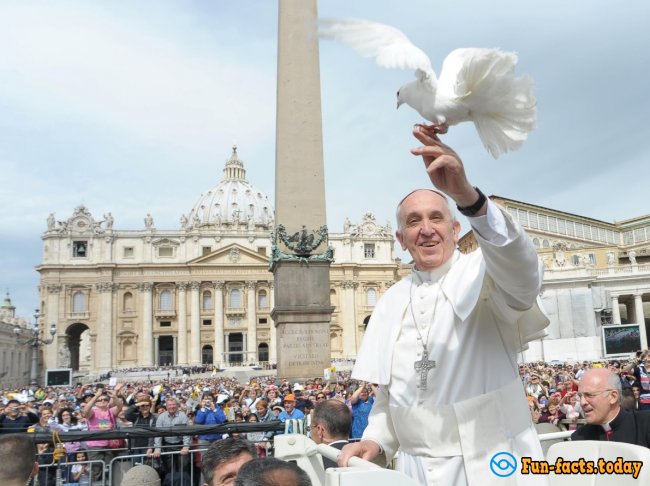 It’s safe to say that the Pope is one of the most recognized people on Planet Earth and one of the most influential personalities in the world of religion. He’s the leader of the Catholic Church, which means people are looking up to him, seeking guidance and hope. True, he does roll around in a bullet-proof car like the next billionaire or dictator, shake about a thousand hands on a daily basis and knows the Bible by heart. However, there’s a lot more to him than we, the regular folks, think. For example, he’s got a pretty cool vibe, doesn’t really love anything expensive (he let go of pretty much every lust luxury car from the “Holy Fleet” and drives a Fiat and a Hyundai) and seems to be in a good mood no matter the time of day, the weather or the people around him. But that’s just the tip of the iceberg. Let’s check out some awesome facts about Pope Francis – I bet you’ll start respecting the man even more!

– Pope Francis first became a priest back in 1969. He became the Pope in 2013. Yes, he’s been in the “Holy Business” for quite some time now. Fun fact: before he committed to the Church, he used to really love dancing tango with his girlfriend. Can you imagine him doing that now?

– This is some serious stuff: He is the first Jesuit Pope of the Vatican, and he’s also the one and only Francis in history of the Catholic Church. So, why Francis, anyway? Well, there was this monk (a friar, to be exact), St. Francis of Assisi, who lived in the 12th century Italy. 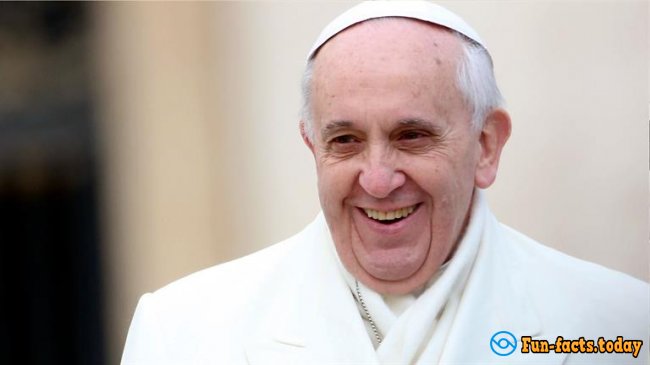 – People are led to believe that every single Pope dedicates his whole life to Theology; however, Pope Francis never really did that (until he became the Pope, of course). Believe it or not, the man really loved…chemistry and studied for a Master’s Degree! Furthermore, he even got to teach chemistry in high schools! Come on, that’s a pretty amazing fact!

– Wait, it gets better: back in Argentina the future leader of the Catholic Church worked as a bouncer in a local bar. So, how did he manage to become the head of Vatican, again? 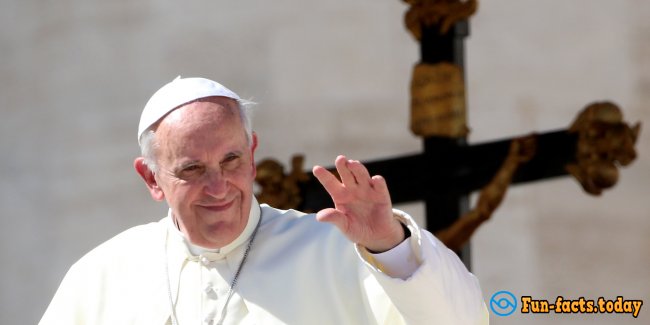 – He had his lung removed back when he was just a teenager. Thankfully, he’s in good health now, and, as mention before, looks great for his age. Quick fact: medical professionals were concerned about his health when he was trying to get elected, but he passed all the tests.

– Pope Francis is a really modest and down-to-Earth person and he doesn’t really like to order people around. He loves to cook, and they say he’s pretty great at it.

– He doesn’t approve of gay marriages. More so, he said that God’s plan doesn’t include same-sex couples and thus created a bit of a buzz around the globe. At the same time, he was pictured washing and kissing the feet of AIDS patients. 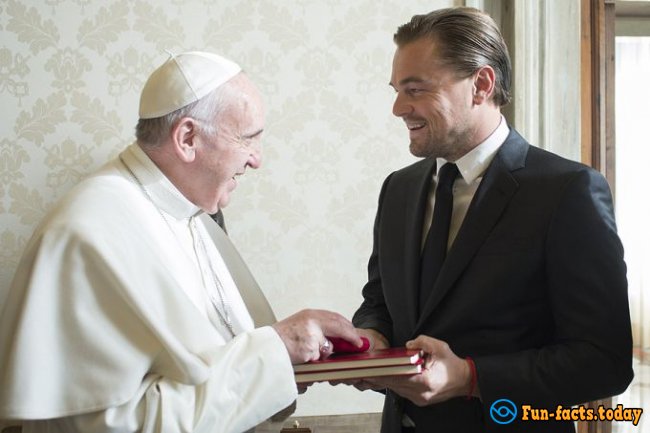 – His Holiness has a Twitter account! Yep, and it’s got 7 million (!) followers! So, if you want to get 140 characters of Wisdom on your phone/iPod, please, do subscribe!

– And he’s a fan of Tolkien, especially his Lord Or The Rings Series. That’s right, he likes to take occasional breaks from the Bible and enjoy a good fantasy book.

– The Pope is fluent in Latin, Italian, Spanish (obviously) and is pretty good in English, French, German, Portuguese, Ukrainian and a bunch of other languages.

– Did I mention he’s modest? He currently lives in a tiny guest house in Vatican, not the traditional apartments that every other Pope used to reside in. – In 2016 he met with the Russian Orthodox Patriarch Kirill – a historical act, really. They talked about uniting the two churches and strengthening the Christian faith. The Western and Eastern “branches” got separated back in the 11th Century. Yep, it’s a pretty big deal!

Mini-Pig, Who Considers Himself a Dog, Has Won the Hearts of the Internet Users
Animals
The case of piglet Babe from Hollywood movie is alive and well. It turns
0
This website uses cookies to improve user experience. By continuing to use the site, you consent to the use of cookies.