Huge waste deposits, which sooner or later will cover the mother-earth, we should always start with small – with the everyday act of consumer behavior: opened, used, thrown out. In the human comfort zone there is always the “most important thing in life” – the garbage, or how we can replace it. Above the regular replacement bother the best minds of the world design. Sometimes they turn out interesting things that we can look right now with you.

By myself I know that sometimes when you cut some peppers or herring, you dream of such trash, which would be close, convenient and does not stink. Catching a simple matter, you dream about the wonders of technology. Meanwhile, the designer Anna Klitsmiller has turned primitive chef dream into technically perfect reality. 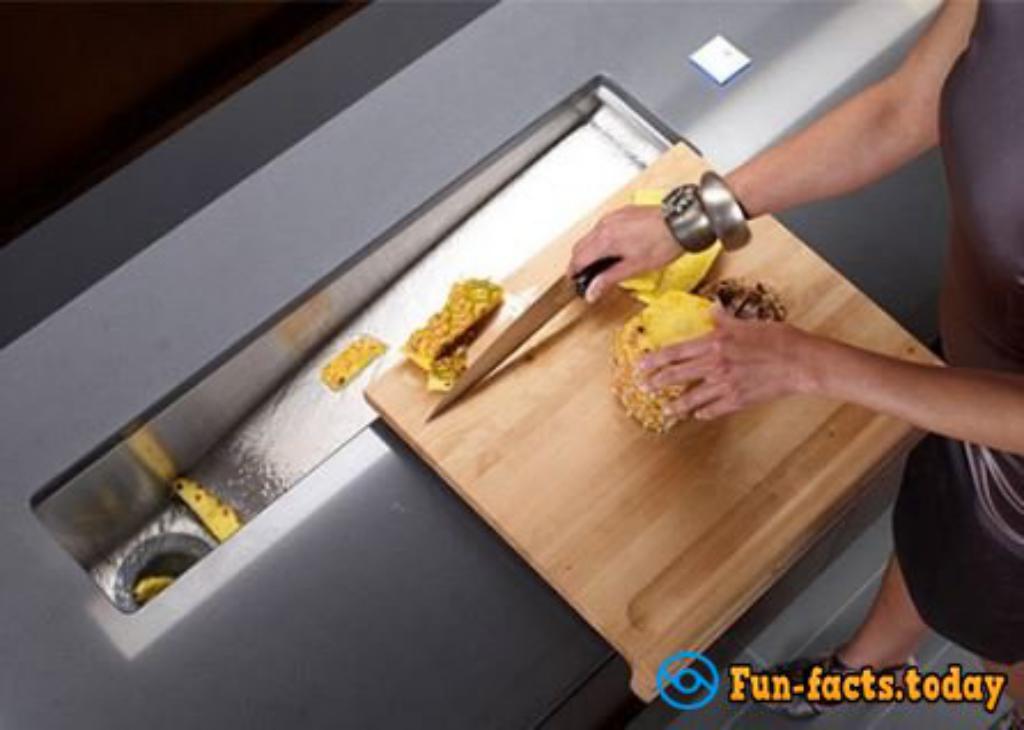 A simple click on the “ful-proof” button and kitchen waste not just go to the “eternity”, but also washed, pressed and turn into easy-to-release briquettes slops. While garbage is digested, on the table under the “Merge” button gently lit blue LED:

Critics write that such a system fraught with overruns of water per flush. 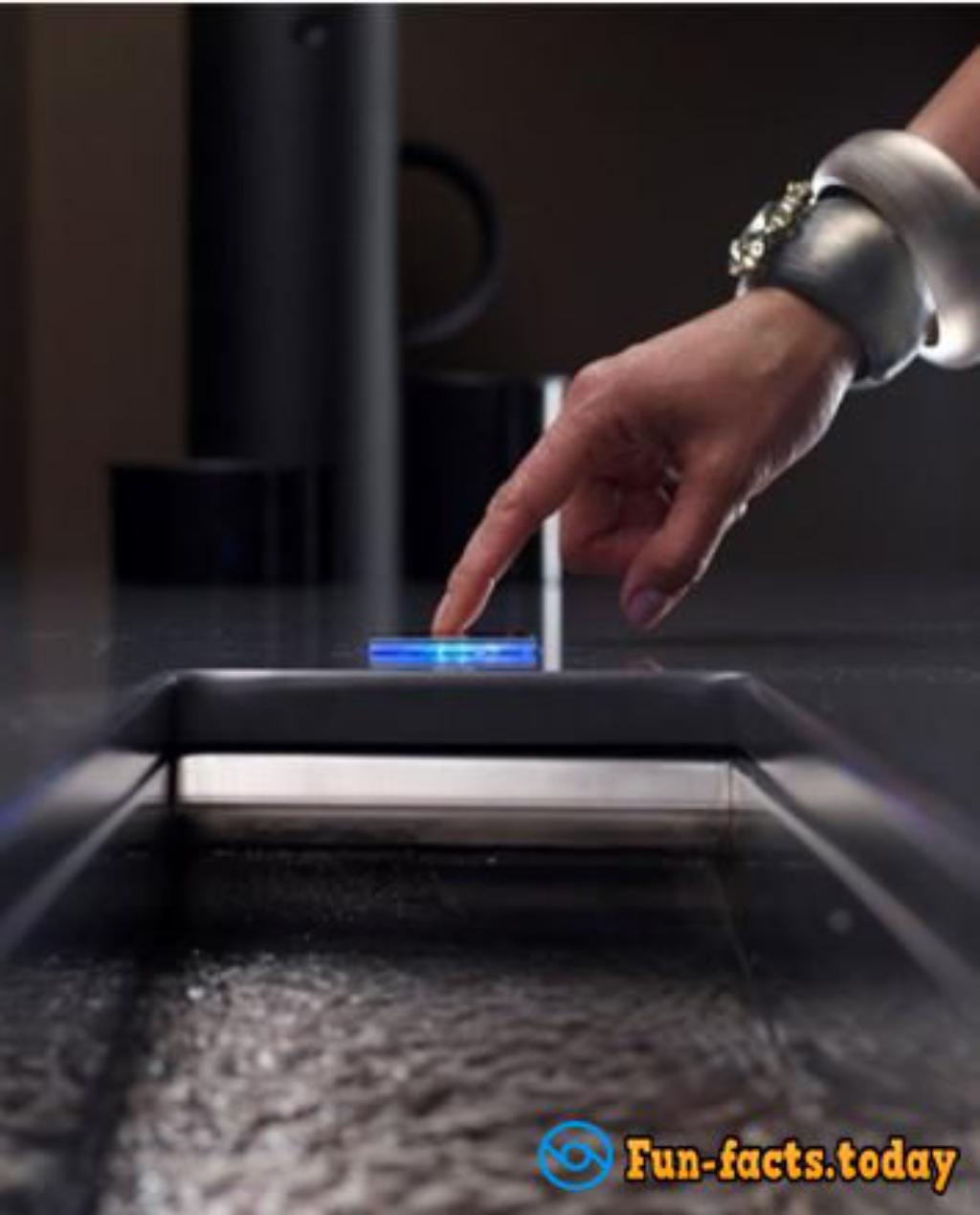 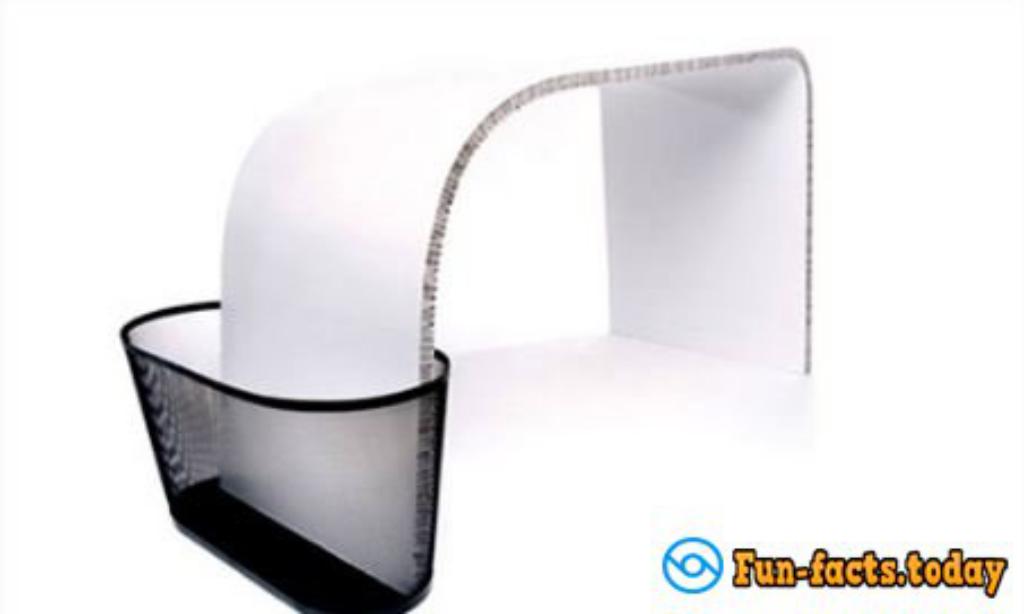 Another design lady, Anna Maria Gustafsson, has developed a kitchen table, which literally throws himself into the trash. In other words, as its formation, the waste themselves slide into the Great anywhere.
Table-dustbin is 1.2 meters long made of pressed paper and paperboard. Environmentally friendly furniture phenomenon weighs 4 kilograms. 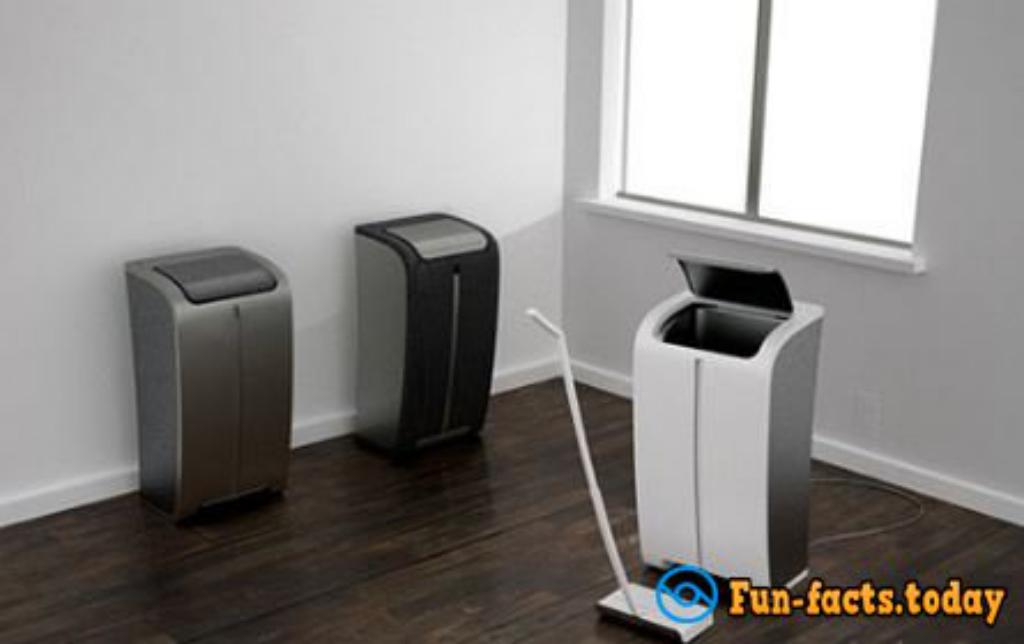 18 liters trash Can, which is connected to a network, provides the current not only themselves, but also to electrified brush. When the brush is not used it charging, like iPod or iPhone from the dock. Being inserted into the home garbage – it is automatically released from collected dust, hair, and husk. This, in general, is the main advantage of such cunning system represented to the world by designer Faris Elmas. 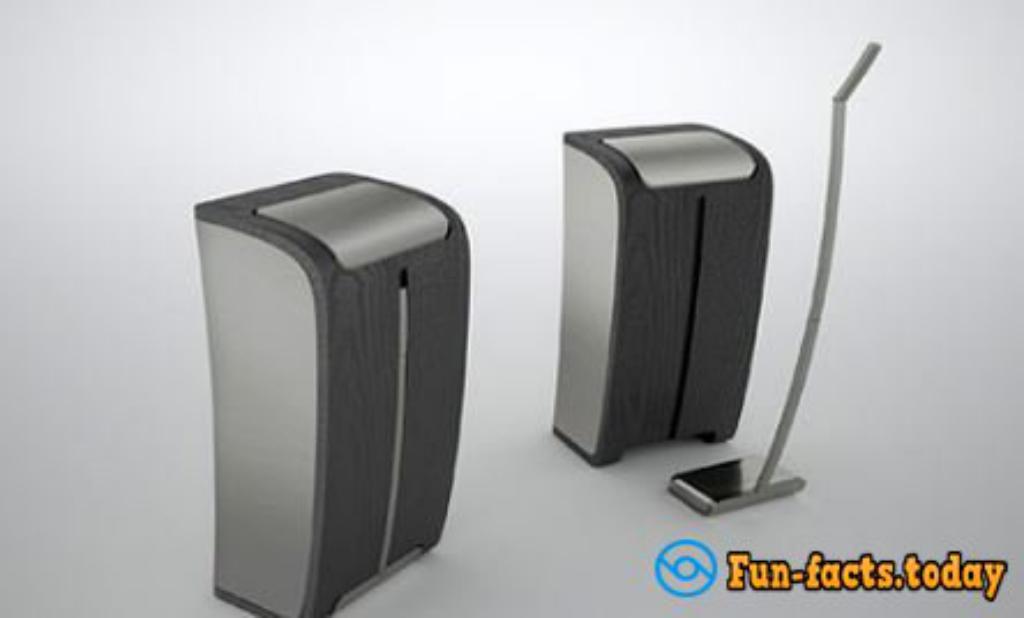 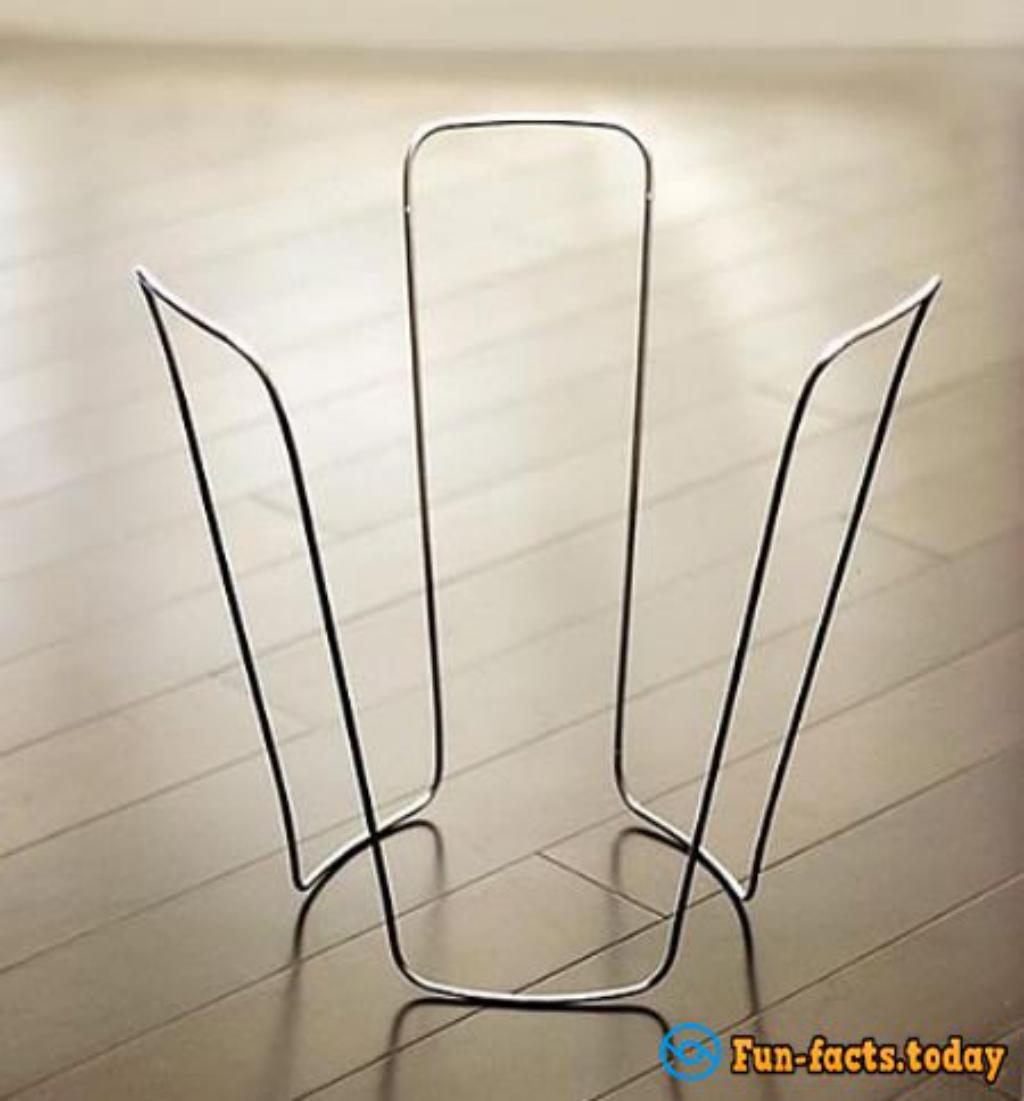 Minimalism does not come out and never goes out of fashion. Especially in times of high cost of hardware. Designer Lee Zani, who doeth in Beijing, believes that he invented the most elegant and ergonomic office and kitchen trash basket, called “Fleksibin”. Sleek dustbin is designed for those of us who ruthlessly uses it for storage of waste packages from the supermarket.
As soon as a flexible basket, it will suit any diameter package, which is impossible when using conventional bins.
Several “Fleksibinov” set side by side, igood fit for the separate collection of waste. In one urn you can throw cans from beer in the other – the bottle from him.

5. Personal ashtray in the form of a condom 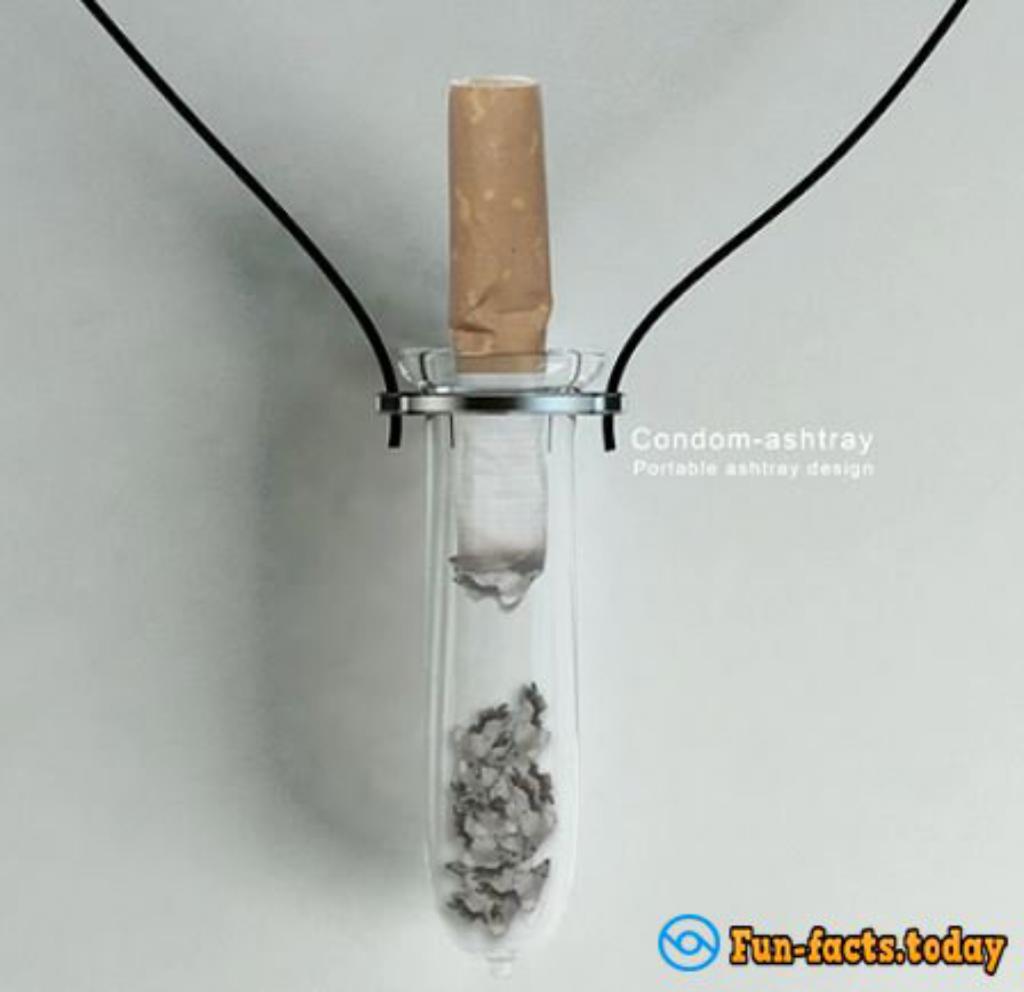 Save the world from harmful ashes, like from the unnecessary genetic material.
Portable, personal, hang on the neck ashtray is made in the form of a condom. This useful and convenient thing, almost a pendant, has all chances to become a fashion accessory as well as get rid of cigarette butts in pavement and lawns. 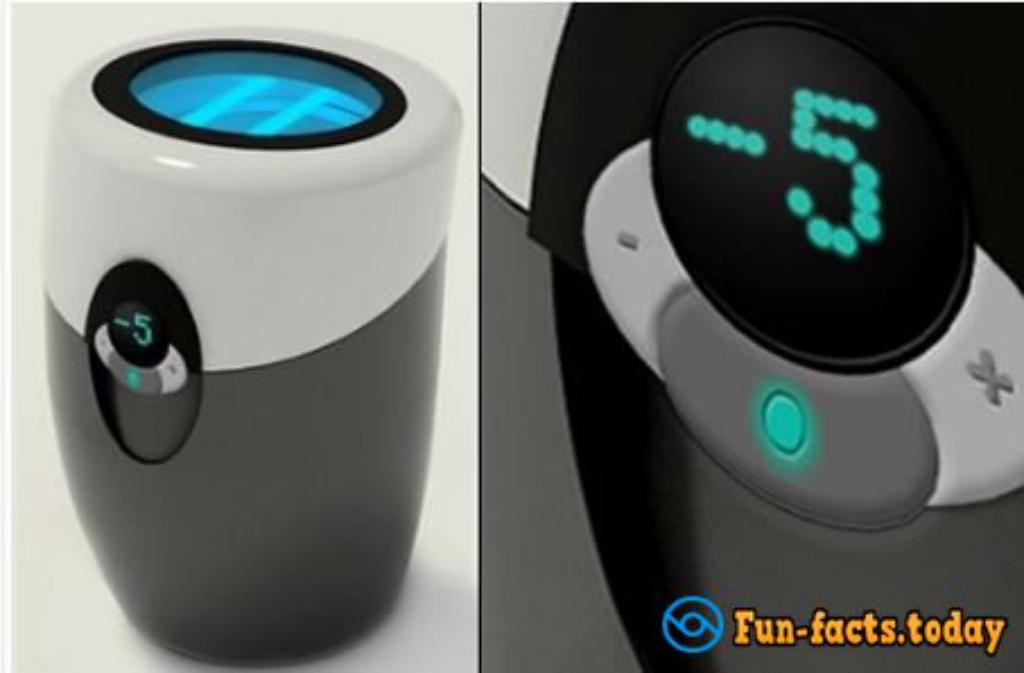 Turkish engineer Kem Tutunkgoul dreamed, and has developed a cool home dustbin “Minus” just for the cases of perishable and sharp-smelling waste. Once in the “Minus” fish heads and banana skins are cooled and frozen to a predetermined temperature and stop to haunt the sense of smell and also to propagate itself bacteria.

Interesting Facts About Green Tea
Home
Green tea is considered to be one of the finest, oldest and healthiest drinks
0