Dave Lazio, who lives not far from Philadelphia, had always known that his dog is very nice, but now he is proud of it even more: after the owner has created an account in Instagram specifically for Mia, it has become the real star of the Internet. What’s so special? To understand this once it is enough to look at the photos of Mia which received thousands of “likes”. 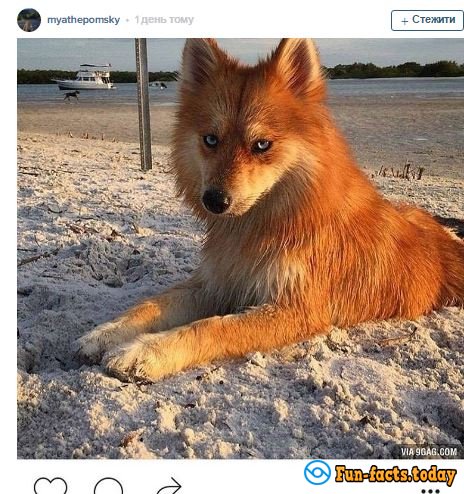 The dog has the unique appearance. Apparently, a rare combination of genes played its role in this: the parents of Mia are Siberian Husky and Pomeranian.
Mia spends a lot of time together with the owner: walking in the park and going hiking. Lazio says his dog is not only charming but also has a wonderful character: it is very friendly and obliging. 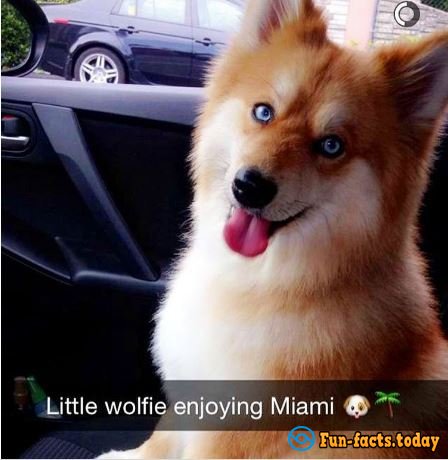 But if you suddenly want the same dog, keep in mind that if it is even possible to find it, it will be very difficult. It is very hard to guess how it will look if it is a dog of a mixed breed, and to what size a puppy will grow.
Under one of the last posts of account, the author has written: “I think I am becoming a star, in two days I have acquired 18 thousands of subscribers.”. In the comments people compare Mia with a magical creature of the cartoons and say it looks like a fox. «Oh my God, she’s so cool. She looks like a magical beast of a video game. As the fox or someone else,» the user writes.

What to see in Los Angeles: Top Iconic Locations
Home
Even if you have never in a life been to Los Angeles, you’ve probably
0

The Most Expensive Vacuum Cleaner In The World
Home
Is it possible to look stylish and glamorous, even with a vacuum cleaner in
0
This website uses cookies to improve user experience. By continuing to use the site, you consent to the use of cookies.