The terrestrial nature has many faces; it is simply incredible. On our planet, you can find a lot of wonderful animals and fantastic places like from a fairy tale. But it is a reality. 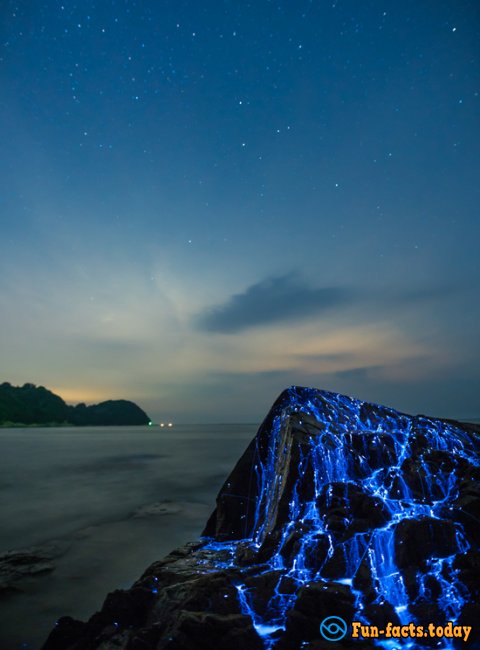 Pink lakes of Jordan, singing dunes in Kazakhstan, the enchanting Aurora – we have heard about these terrestrial phenomena for a long time and even almost not surprised. 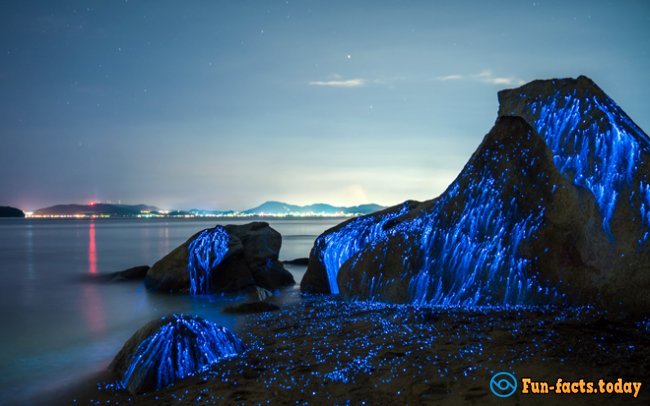 There is something of such things in every corner of the world – even in crowded and urbanized Japan, where – it seems – has mastered every centimeter of land, and the number of people is incredible. One of the amazing local phenomena is rocks in the coastal area of Okayama.
Ordinary by day, they radically transformed during the night: the stone are illuminated with blue light. 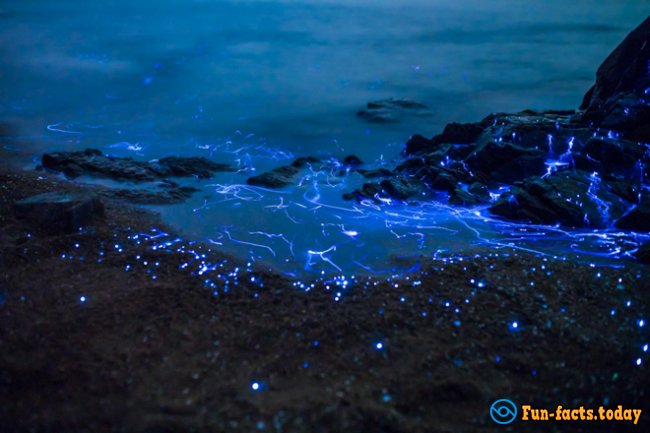 The reason for this phenomenon is microscopic bio luminescent organism Vargula hilgendorfii, which called sea fireflies. These crustaceans grow no more than 3 millimeters. They live in coastal waters and at night climb onto land in search of food – and it turns out that the whole shore and cliffs are glowing. 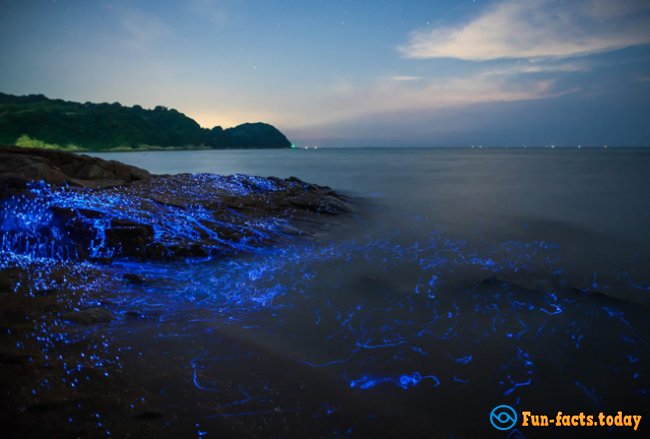 This natural phenomenon attracts to Okayama crowds of tourists and photographers who want to capture this story.
Photographers of the Japanese studio Tdub Photo invented a new way to take snapshots of the phenomenon. They scooped the coastal waters with fireflies and poured it on the rock. And due to it, it looks like the stone does not just glow, but also “crying” with bitter tears. Just look at it, it is not Photoshop; it is the usual natural wonder!

Flowers and Ice: Original Ice Bouquets
Home
People have long thought about how to preserve the beauty of the flowers for
0
This website uses cookies to improve user experience. By continuing to use the site, you consent to the use of cookies.